On a day with so much ‘deep state’ news, there’s a common theme: vindication at last for those caught up in phony-baloney investigations such as the “Trump/Russia” probe, and the lingering concern about what will be done to expose the remaining cover-ups. Here’s a round-up of stories to illustrate...

First, from Rowan Scarborough at the WASHINGTON TIMES, here’s news that in a more rational world would be the last nail in the coffin of the whole trumped-up “Trump/Russia” investigation. This information is in IG Michael Horowitz’s 436-page report, even though Horowitz himself summarized it by saying there was adequate “predication” (reason) for the FBI to open their investigation. Good grief, did he (like Robert Mueller, apparently) not read his own report?

This is why Americans should never depend on headline writers for their news. Yet that’s what busy people do, and it’s why “narratives” are so easy to shape.

The FBI originally targeted four individuals: Lt. Gen. Michael Flynn (President Trump’s first choice for national security adviser), campaign manager Paul Manafort, and campaign advisers Carter Page and George Papadopoulos. But an internal August 2016 memo outlining why these probes were opened offered no acceptable “predication” for the targeting of any of these individuals –- no evidence of a conspiracy with Russia. All the FBI had was the “dossier,” a politically-financed work of fiction, evidence of nothing.

Never mind former FBI Director James Comey’s claim that the Trump probe was based on a “mosaic” of information. That was a lie. Never mind former CIA Director John Brennan’s claim that British ex-spy Christopher Steele’s Trump/Russia dossier wasn’t even part of the “corpus” of information on which they based their investigation. That was a lie, too. It was the dossier --- ONLY the dossier --- that “predicated” this investigation. As you recall, Steele was paid $165,000 through Fusion GPS, which was paid millions through the law firm Perkins Coie by the Hillary Clinton campaign and the DNC (same thing).

According to Horowitz’s report, the FISA warrant application to surveil Page on October 21, 2016, contained claims of Russian conspiracy that ALL came from the dossier. None of these claims were corroborated. And there was no documentation of probable cause to support surveilling any other Trump figure; that’s why the application was for Page only. Since surveillance can time-travel to include the subject's communication history, Page would be the “way in” to spy on the campaign.

Page is calling on U.S. Attorney John Durham to investigate his ordeal, in particular the origination of his meeting with Stefan Halper. Here’s Sara Carter’s account of their recent conversation…

Of course, the dossier was a mess of hearsay and gossip, containing significant inaccuracies. And top-tier FBI officials were given a heads-up about that from Kathleen Kavalec at the State Department. Bruce Ohr, also at State, advised them of Steele’s intense political bias. The FBI ran with the dossier anyway.

A look at the “predications” for investigating these four individuals shows how tissue-thin they were, especially as justification for something as momentous as investigating a presidential campaign. In the case of Papadopoulos, there’s only the claim that he heard a story about the Russians having Hillary’s emails and mentioned it to the Australian ambassador. (It seems obvious now that Papadopoulos was set up.) That’s all they had, yet it’s what they used to open “Crossfire Hurricane.”

After President Trump fired Comey in May 2017, then-deputy FBI Director Andrew McCabe opened a counterintelligence investigation against the President, though they knew there was no evidence of a Russian conspiracy.

Horowitz concluded on "Crossfire Hurricane" that the “quantum of evidence...was sufficient to satisfy the low threshold established by the Department and the FBI.” If the threshold is that low, it must be true that not only can you indict a ham sandwich, you can open a counterintelligence investigation on one, too.

FBI Director Christopher Wray, with his tepid, inadequate response to the report, is another big part of the problem.

And the FISA court itself failed in its responsibility. This article by Margot Cleveland at THE FEDERALIST gets pretty far into the weeds, but if you have the time and inclination to read it, you will understand how the four federal judges who signed the surveillance orders failed Carter Page.

At the risk of causing information overload, I’ll also include this great commentary on Wray that references Cleveland’s article.

Our next installment on phony investigations concerns the phony “whistleblower” complaint that sparked Adam Schiff’s phony congressional impeachment “inquiry.” Devin Nunes’ January 11 letter to Intel Committee Inspector General (ICIG) Michael Atkinson demanded answers to inconsistencies found in the complaint. He wrote because Republicans have been waiting since September for him to respond to their request for emails and other documentation about how it’s possible for someone with nothing more than secondhand information to be a “whistleblower” when that wasn’t stated on the form. What they got back in October was, as Nunes said to Maria Bartiromo on SUNDAY MORNING FUTURES, “a non-answer answer.” When Schiff’s committee started its “inquiry,” Nunes said, “We’re not finished with the ICIG.”

As I mentioned recently, the testimony from ICIG Atkinson about the “whistleblower” complaint is THE ONLY testimony that Schiff has still not released from his committee’s hearings. Atkinson is trying to maintain that “mistakes were made,” that it was a just matter of incompetence. Not buying it. If they’re really that incompetent, they need to show that, with documentation. Are they so incompetent that they are unable to document their own incompetence?

Nunes says it’s important that the ICIG provide answers by Friday, because “this is the guy who lit the fuse for this impeachment scam that’s now going to be on trial in the Senate.” And some of Atkinson’s connections are eyebrow-raising, as “he was a lawyer for some of the very people who were involved in the FISA abuse scam.” As someone who ostensibly works for Congress, it’s odd that this ICIG is reluctant to provide evidence to them.

Also, presiding FISA judge Boasberg’s naming of ex-DOJ official David Kris to review FISA reforms suggested by FBI Director Christopher Wray raises eyebrows even higher, maybe higher even than Nancy Pelosi’s. Back when Nunes released his memo on the FBI investigation, which turned out to be absolutely true –- as opposed to Adam Schiff’s memo, which turned out to be untrue –- Kris lied about Nunes’ work. Why should Kris, of all people, be given this responsibility? Obama-appointed judge appoints Obama-era national security leader and anti-Trump activist who has called the deep-state coup a “conspiracy theory” to clean up the swamp?? This is not going to allay concerns about problems at the FBI.

Finally, today’s discussion of phony investigations would not be complete without the latest on U.S. Attorney John Huber’s “investigation” of the Hillary probe. Reports that Huber wasn’t doing anything turned out to be spot-on accurate. All he did was DELAY; Durham has taken it over now. The infuriating details are at the link.

IT WAS ALL A HEAD FAKE: Clinton Foundation Whistleblowers Say HUBER Lost Their Evidence -- Had to Send It 3 Times -- Huber Never Even Looked at it - And Now the Probe Is Over 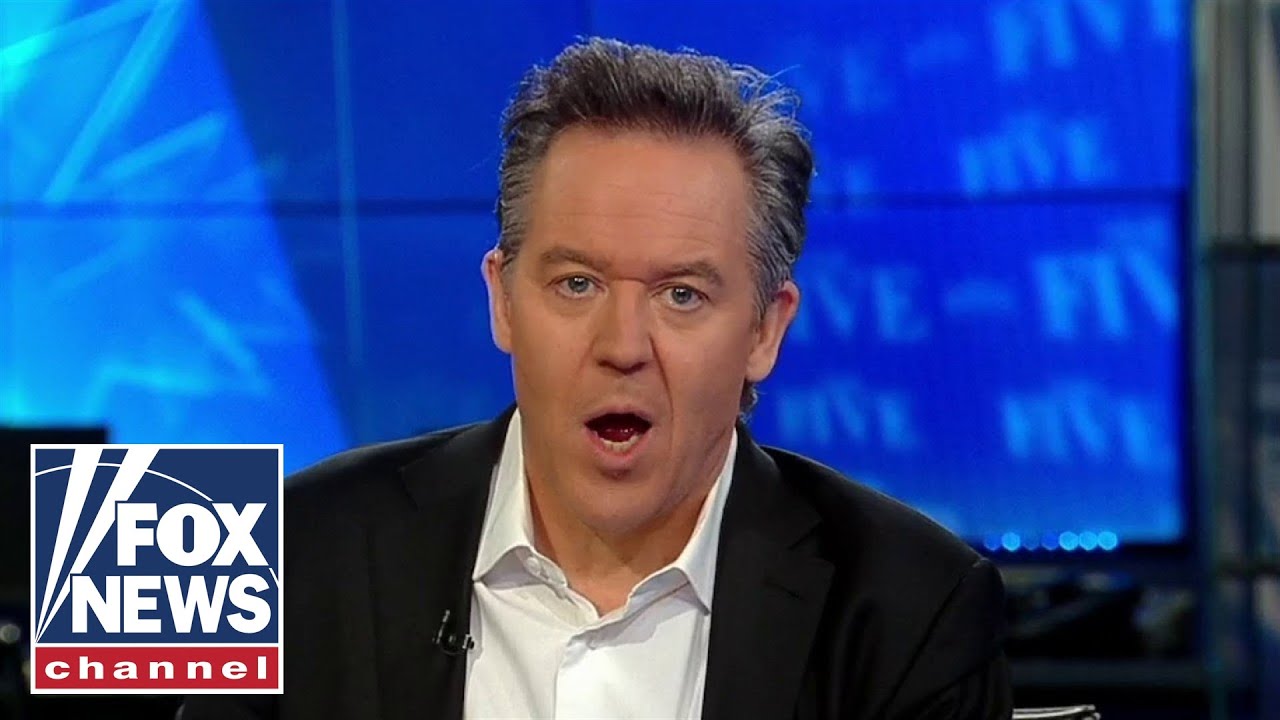 Gutfeld on the media and the virus