For better or worse, this is going to be a tremendous year, one of the most significant for the state of our Union that we’ll ever be around to witness. And I think it’ll be better rather than worse. As a nation, we’ve reached a historical fork in the road, and when you come to a fork in the road, I say dig in and take a big bite.

Over the Christmas holidays, the only forks most of us noticed were on tables at party buffets. But while most of us were rightly focused on family, friends, food and festivities, the world kept turning and news continued being made. I wonder how much time off U.S. Attorney John Durham took for Christmas; it couldn’t have been long, as his investigation into the murky origins of the “Trump/Russia” counterintelligence probe has widened and appears to be proceeding full-speed ahead. The same goes for those relatively few members of the media who are covering him. Just before Christmas, Matthew Cole at THE INTERCEPT had a piece about the latest official to meet with Durham. In the week since, a few others in the media have passed along the story, but mostly it’s been pretty quiet.

According to Cole, Adm. Mike Rogers, who retired in 2018 after serving for four years as National Security Agency chief and head of U.S. Cyber Command, is cooperating voluntarily with Durham and has met multiple times with him. It was Rogers who, in October of 2016 (right after the first warrant to spy on Carter Page was signed), first advised the FISA court of abuse by the FBI, in the form of a National Security Agency report accusing the FBI of improperly pulling data on Americans. He also played a key role in the intel community’s assessment of Russian interference in the 2016 election.

Rogers learned that DOJ oversight personnel had determined in March of 2016 that the FBI was giving outside “contractors” access to huge amounts of raw “Section 702”’ data on Americans, well beyond what they needed to fulfill FBI requests. Not only that, but they retained their access to such information after their work for the FBI was completed. (Just wondering: What do people working in intel have to do to lose their security clearances??) When Rogers learned this, he shut down all outside-contractor access. The FISA court has since found that the Bureau violated constitutional protections against unreasonable searches and seizures.

So there’s plenty that Durham might want to get into with Rogers. The substance of their meetings so far is unclear, but keep in mind that Attorney General William Barr has said that what started as a “review” is now a criminal investigation. Barr has also expressed his personal opinion that “spying” on members of Trump’s campaign did occur, a claim that sent CNN and MSNBC into histrionics and caused them to seek out every possible way to discredit him. But Barr was stating the obvious, something you’re not supposed to do when it helps Trump.

Barr, along with Durham, also publicly disagreed with IG Michael Horowitz’ assessment that he found no evidence of bias motivating the FBI in its investigation of the Trump campaign. Again, media histrionics. But, again, stating the obvious.

Mike Rogers is the first former intelligence director known to have been interviewed for Durham’s probe. He’s said to have been “very cooperative.” We don’t know if former CIA chief John Brennan and former Director of National Intelligence James Clapper have been interviewed yet, but I have a feeling we’d know if they’d been asked to appear, as they’re not likely to waltz in voluntarily. This would almost certainly involve subpoenas. Both Brennan and the DOJ had no comment for the story (of course, the DOJ wouldn’t be commenting on an ongoing investigation), and Clapper couldn’t be reached.

But we know Durham has already been examining Brennan’s testimony before Congress as well as his communications, focusing on what Brennan said to other officials about a work of fiction called the Steele “dossier.” Recall that Brennan clearly lied in testimony about the dossier, saying it wasn’t in the “corpus” of information the intel community used to justify the investigation. That was not true; we now know it wasn’t just IN the corpus –- it WAS the corpus. They meant it to be the whole doggone corpus delicti.

Dan Bongino, in his podcast from last Friday, provided a review of Mike Rogers’ role in the uncovering of the surveillance (SPYING) that was done against Trump’s campaign. Recall that on November 17, 2016, Rogers went to provide an unsolicited briefing to the new President-elect and his transition team in Trump Tower –- without informing DNI Director Clapper –- and that the whole transition team immediately relocated from Trump Tower to Trump National Golf Club in New Jersey. Trump famously tweeted that Trump Tower had been “wiretapped,” for which he caught a lot of unjustified grief and ridicule. Recall also that after Trump was inaugurated, he dismissed Brennan and Clapper, keeping Rogers on as NSA director.

So it’s encouraging to see that Rogers is already being interviewed and is cooperative, as he is a central witness. If you’d like a refresher on the “Trump/Russia” probe and Durham’s investigation into it, here’s Cole’s complete article…

One thing the Horowitz report included was Rogers’ part in the discussion of the Steele dossier and its use in the January 2017 assessment of Russia’s election interference. Then-FBI Director James Comey and then-deputy Director Andrew “Andy’s office” McCabe wanted to include information from it in that assessment (note: even though it was, in Comey’s words, “salacious and unverified”), while Rogers did not. Rogers and the NSA viewed the dossier’s “level of sourcing” with the skepticism it deserved. And while the assessment reported “high confidence” that Russia was trying to help Trump win, Rogers and the NSA diverged on that point, expressing only “moderate confidence” that Putin was specifically trying to help Trump and hurt Hillary Clinton.

Rogers has expressed in previous testimony his concern about what Russia was doing to “stir discord in the West.” In hindsight, that does seem to have been exactly Putin's plan. And I would say he’s been spectacularly successful, with help, of course, from our own media and Democrats in Congress.

Much more detail at the link…

Also, Jeff Carlson at THE EPOCH TIMES has an interesting piece linking the FBI “outside contractor” discovery with Strzok/Page texts that appear to correspond. It also relates Rogers’ assertiveness in shutting down that operation. And there’s another name here, that of the former head of the DOJ’s National Security Devision, John Carlin, who failed (twice) to disclose to the FISA court Rogers’ compliance review concerning access by those mysterious outside “contractors,” conveniently leaving this information out of his required report on proposed “702” certifications. Soon after this, Carlin formally resigned.

Hey, think he still has his security clearance? And who WERE those “contractors,” anyway? Let’s hope Durham gets to the bottom of that, too. 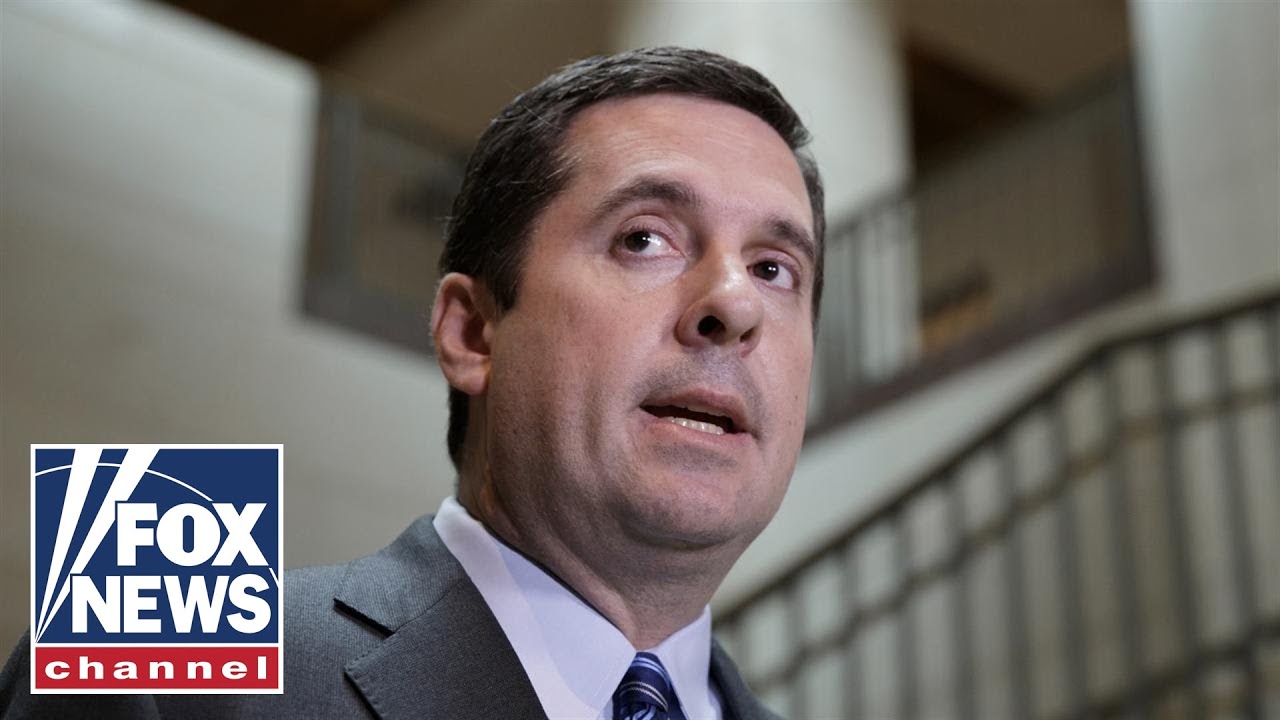 Nunes: Can’t unplug entire economy and expect it go back to normal