When special counsel Robert Mueller’s report comes out --- and most accounts say it will be soon --- it most likely will read like a prosecutor’s opening and closing statements, one-sided arguments devoid of exculpatory evidence. In that respect, it should make fine reading for the most wild-eyed anti-Trumpers out there. But they’re just going to have to wait. That’s because to satisfy the special counsel statute, the report is to be given only to newly-confirmed Attorney General Bill Barr.

According to former independent counsel Ken Starr, President Trump’s lawyers haven’t even seen it yet, so their side of the story has yet to be told. Starr, a former solicitor general and federal judge in addition to being the independent counsel in the Bill Clinton case, was interviewed by Mark Levin for Sunday’s LIFE, LIBERTY & LEVIN.

The independent counsel legislation under which Starr worked was different from today’s special counsel statute; it had provisions that, in Starr’s words, “put a pretty heavy thumb on the scale” towards impeachment. (I would add that with the bill House Democrats want to pass to offer ironclad protection to Mueller, they show they’re willing to do anything they can to put that thumb back on.) It seems they worship Mueller as a god, while in the case of Ken Starr, they demonized him, with the media camping outside his door day and night. “It’s very nice of them” to leave Mueller alone, Starr said wryly. He said that for this kind of cooperation, there must have been what he called “a treaty of peace” with the various media outlets.

Starr was philosophical about the personal attacks, saying that anyone investigating the President is going to be disliked by 45-50 percent of the American people, but he noted that the media are largely sympathetic to someone investigating a Republican, like Nixon or, now, Trump, and “maybe not so” to someone investigating a Democrat. (No kidding.) He made the great point that Clinton was skilled in letting surrogates like James Carville and Sidney Blumenthal attack him, while Trump –- “I think unwisely,” Starr said –- has chosen to make the attacks against Mueller all by himself.

When Starr’s investigation turned from Whitewater, the White House Travel Office and other such scandals to the Monica Lewinsky episode, the attacks on Starr got so intense that some of his friends, such as Sen. Orrin Hatch and fellow attorney Ted Olsen, told him he needed to make media appearances on shows like “Larry King Live” and give his side. He disagreed at the time, although later he reassessed that opinion. He could have done it as long as he didn’t reveal grand jury information, because that would have been illegal.

Mueller is quiet, but he can afford to be. Most of the mainstream media would let him get away with murder. (Come to think of it, if he reports nothing the House Democrats can use against Trump, the media will change their tune. Only then will he have to get out there and defend himself. It’ll be his turn to write a scathing book and go on 60 MINUTES.)

Levin and Starr had a great discussion of what sort of information is supposed to be included in a final report. Leon Jaworski, who was Watergate special prosecutor back when this kind of investigation was new, said he wasn’t going to write a report that trashed people and made insinuations that he couldn’t prove. To do so would be an abuse of power, and he apparently saw the irony of abusing power while investigating people for abusing power. (If only more government officials recognized that today.) According to Ken Starr, the so-called “road map” Jaworski issued refrained from filling in the gaps with speculation. It’s enough that this kind of report was, by definition, one-sided.

Starr considered the damage this kind of report can do to someone’s reputation, noting what Clinton attorney Vince Foster said before a university graduating class just two months before apparently taking his own life: “In our profession, if you lose your reputation, you lose everything.” (Working so closely with the Clintons, he sadly must have known he was in the process of losing his, but I digress.) Starr pointed out that an important function of the law is to protect innocent people’s reputations from being besmirched.

In accordance with that, Justice Antonin Scalia, in his dissent from the Supreme Court decision that upheld the independent counsel law, said this statute is “acrid with the smell of impeachment.” The law was changed to make the final report confidential, going only to the attorney general (in this case William Barr), who, in turn, uses his own judgement to decide what to report to Congress.

“I think there’s an assumption that isn’t grounded in the text of the regulations,” Starr said; namely, that Democrats are going to see the full report from Mueller, which they intend to use as a “road map” to impeachment. In fact, they’re insisting on it. That would’ve been the case under the old statute, but not under the current one.

As for the climate at the FBI, especially concerning leaks, Starr could speak from the perspective of someone who was with the Justice Department during the tenures of three FBI directors: Bill Webster, Louis Freeh and Bill Sessions. He said it would have been “really out of character” for the top people, particularly under Webster and Freeh, to be leaking. “Those were straight shooters,” he said, “as honest as the day is long. They really embodied the goals and values of the FBI –- the FBI: fidelity, bravery, integrity. And that ‘integrity’ word is so terribly important, because you’ve got to believe in the honesty of law enforcement. The FBI has an enormous amount of power, so the person at the top sets the tone, and they set a great tone, a high moral tone”

Those were the days.

One thing that was especially gratifying to hear from Starr was his opinion of what McCabe and his colleagues at Obama’s FBI were doing to go after a sitting President. “I mean, who do they think they are?” he said, though much more calmly than those words in print might suggest. He said that for the FBI to turn its considerable power against the President of the United States was “appalling” unless there was some “reasonable ground to believe” that he was breaking the law or was actually an agent of a foreign government. From what Starr has seen, there is “zero” evidence that Trump was in any way an agent of any foreign power –- “He had relationships, obviously, but who doesn’t, who’s coming into the Presidency?” –- and the FBI showed “enormously poor judgement,” acting “like runaway cops.”

What they should have done, he said, if there was something that serious going on, was to go to the attorney general, who would go to the White House counsel. There is a regular order for this that they did not follow. They had “an abysmal understanding of our constitutional order and the power of the President,” he said. Personally, I think it went further than that; they probably knew exactly what the constitutional order was but threw the rules out the window because it was Trump.

They seemed to think that Trump's firing of then-FBI Director Comey was enough. We all know that firing Comey was well within the President’s authority and that there were plenty of good reasons. Republicans and Democrats alike wanted him gone. And it certainly wasn’t going to keep Trump from being investigated further. In fact, the reverse was true.

According to Starr, Comey “usurped” the attorney general’s authority in declining to recommend prosecution for Hillary. In fact, that was included in the “firing memo” deputy AG Rod Rosenstein wrote at Trump’s request. Starr said he wished Trump had gone ahead and fired Comey “much earlier.” I think we can all agree with that; in fact, Comey should have been fired on Trump’s first day in office. As for Trump “colluding” (conspiring) with Russia, Starr said that not only is there no evidence --- there are contraindications, from which we may deduce that the Russians acted on their own to sow discord in America.

There’s much more at the link; watch the whole show as Starr brings fundamental constitutional principles to bear on what is happening today. This interview should be played in every high school government class. But it won’t be. 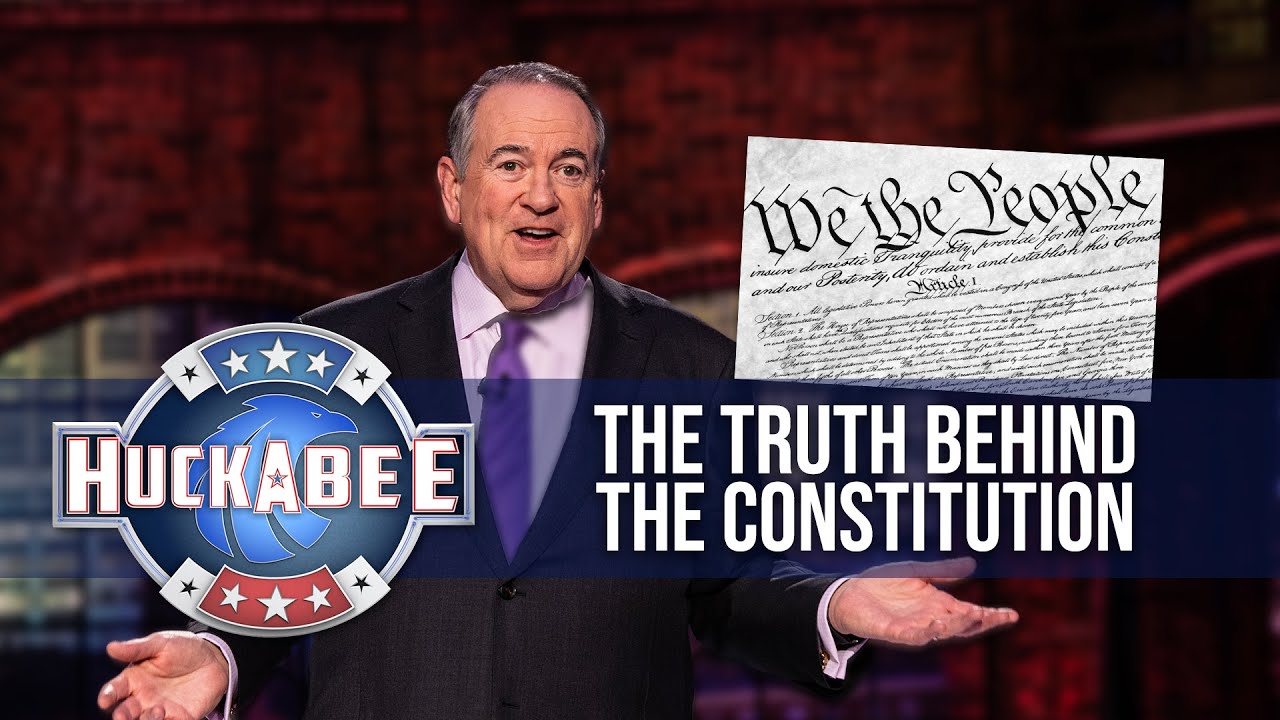 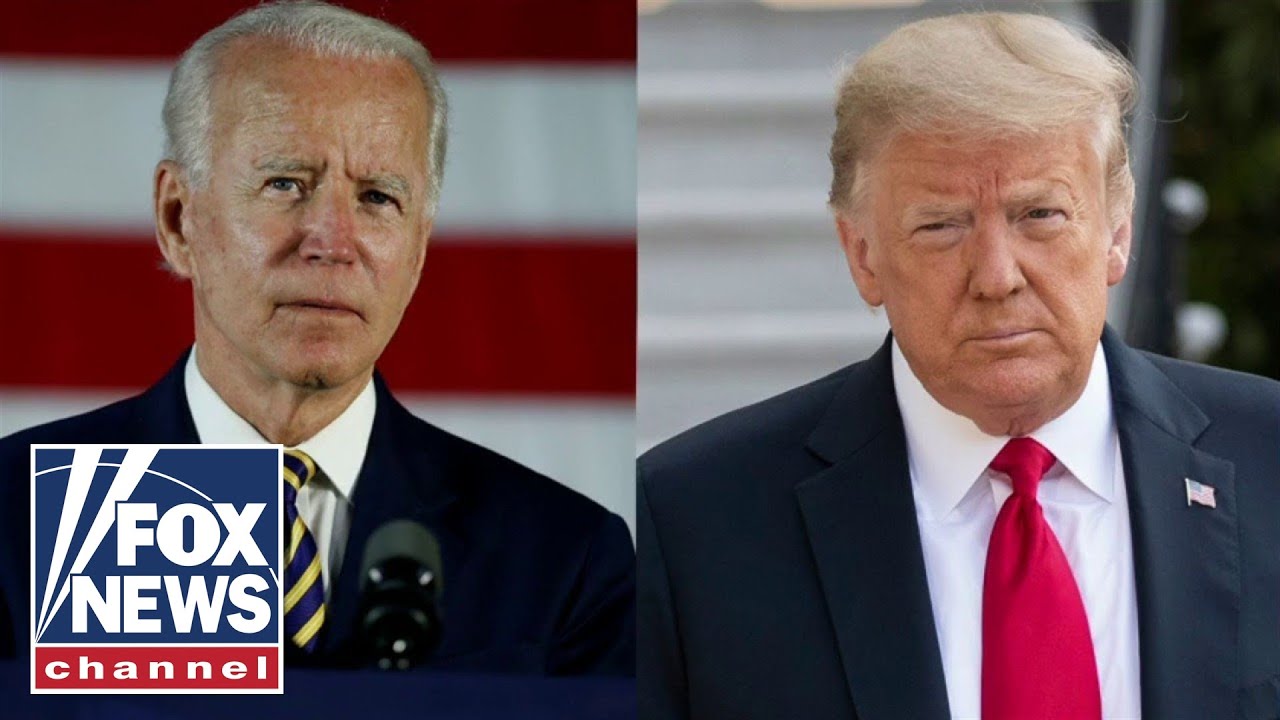 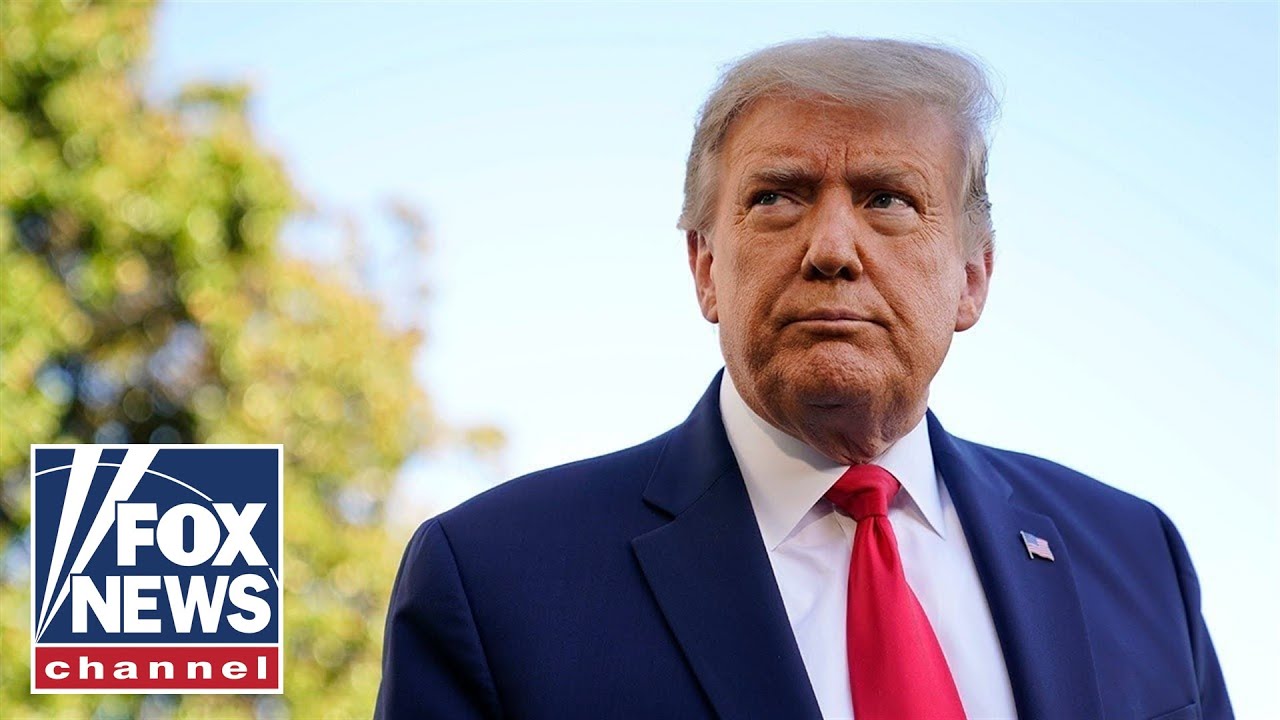 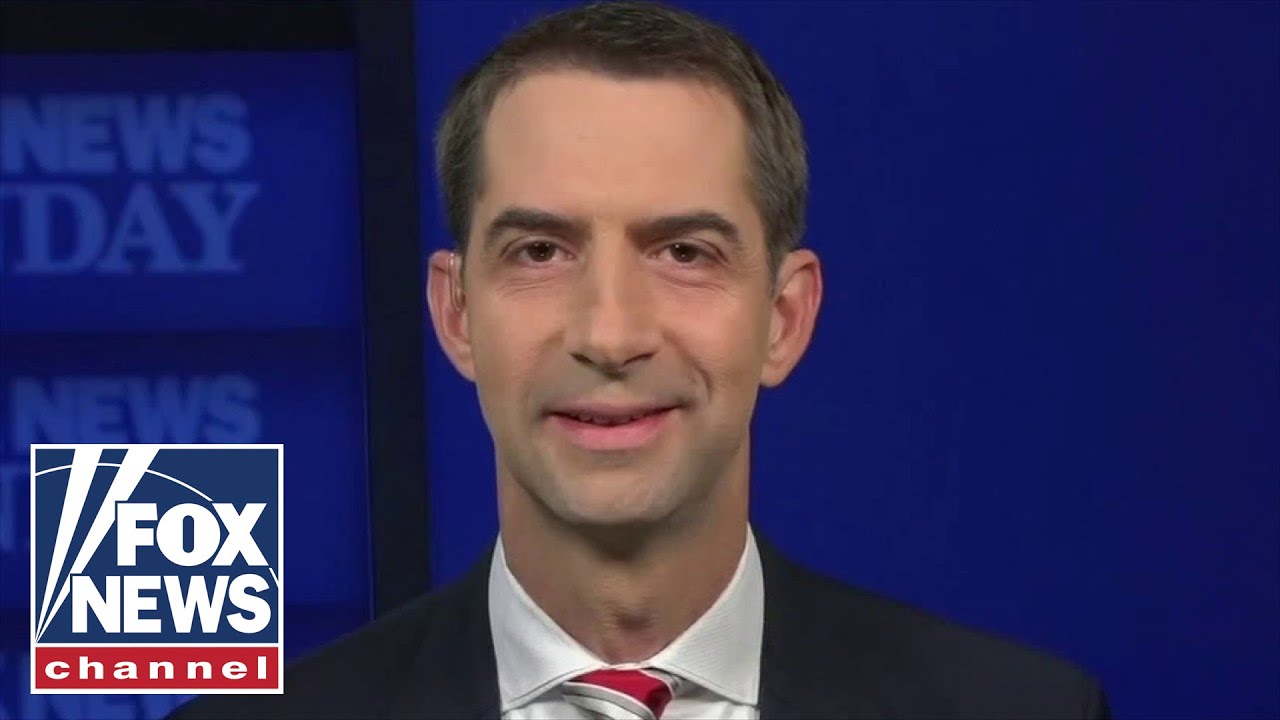 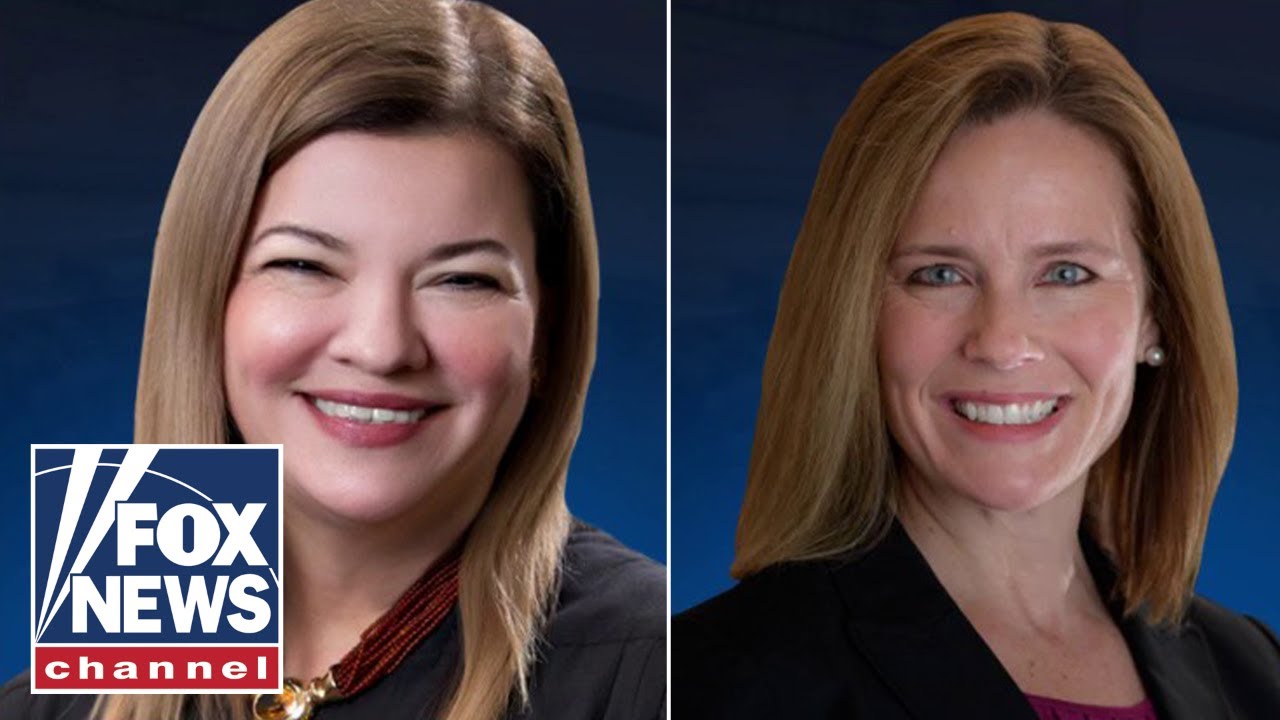